By the influence of COVID-19, vacant rooms are increased in central area in Kyoto, and it becomes often to be seen glass windows of vacant rooms covered with sheets or wood plates.
On the other hand, the rush of construction apartment buildings occurs in residence zone.
It becomes often to be seen the just new glass windows covered with sheets also there.

When we see the bottom of the below image, we can see the sheet with protrusions. Then, seeing upper gradually, our awareness are to the reflection on the glass away from the sheet itself.
I wonder if it is difficult to aware the texture or existence of the object itself when it becomes the basement of the reflection. 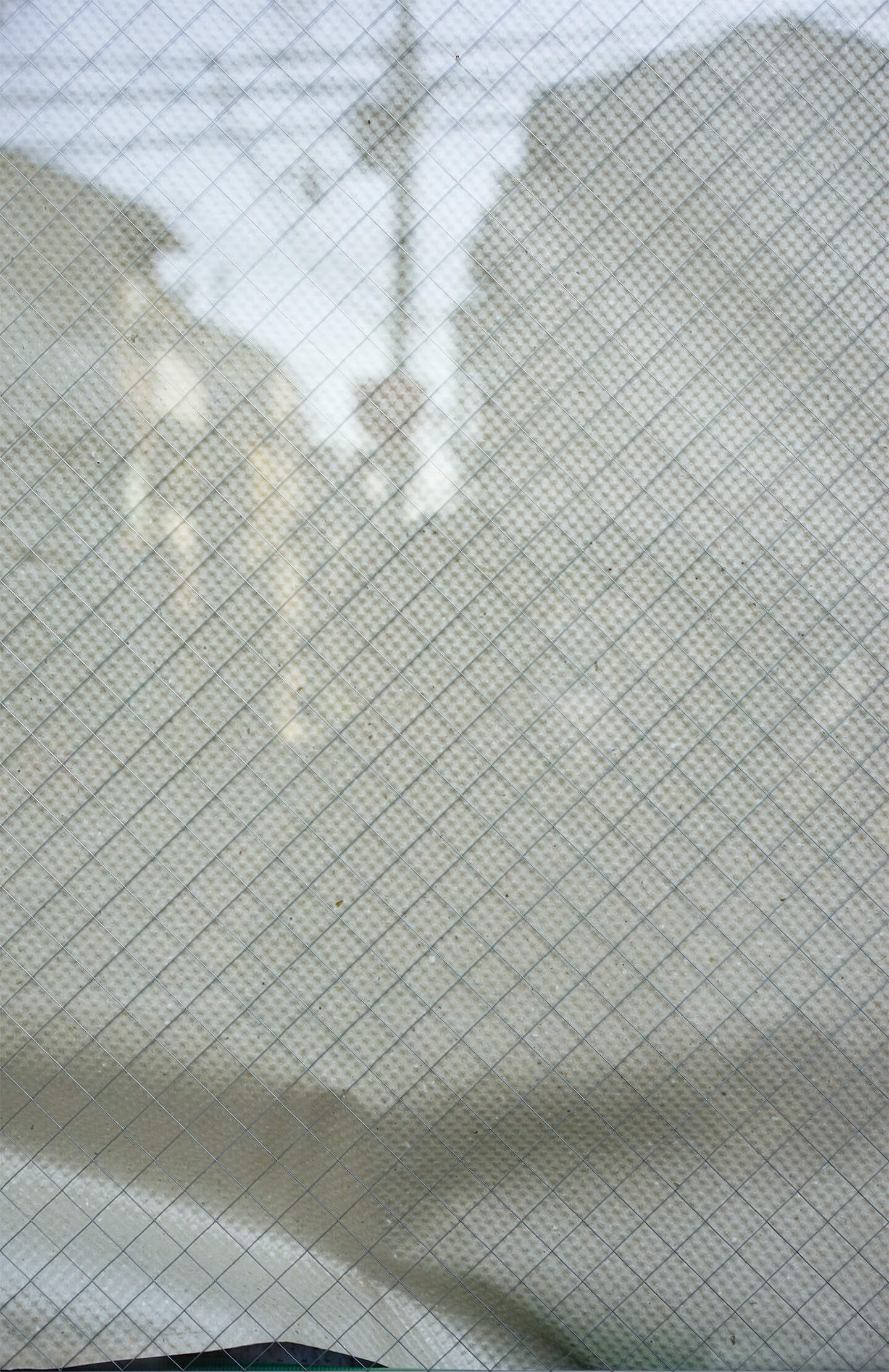 I remember such a frustration I felt in childhood as when I would see the outside of the window in the train at night, the light reflected by the window kept me from seeing outside.

It’s difficult for me to see what I want to see.

I found that such a case is called “Inattentional blindness” in The Mind is Flat: The Illusion of Mental Depth and The Improvised Mind written by Nick Chapter in 2019. I read it in Japanese, and there are more topics about vision than I expected. The description about inattentional blindness is in Chapter 8.

Though I will touch on the topic only about “Inattentional blindness” here, in this book the story is developed from the characteristics of the brain as it can treat only one thing at once to the flatness of the mind through many experimental results.

To return to “Inattentional blindness”, when I was a beginning student of photography, I was often disappointed to find something that I hadn’t intended to photograph in developed films. Because I had seen only what I wanted to see.

Nowadays, such cases are less, but sometimes I can’t be aware that my mobile phone or camera is reflected on the window for some time, when I take photographs of the city below from the airplane. At all such times, I remember that “I see only what I want to see.” and laugh bitterly.

Since my postgraduate student, the theme in my creation is that I think about how we see, focusing on the difference between vision of man and vision of camera.

Now I see that cameras have taught me about “Inattentional blindness” from just the beginning, but I couldn’t be aware of it.